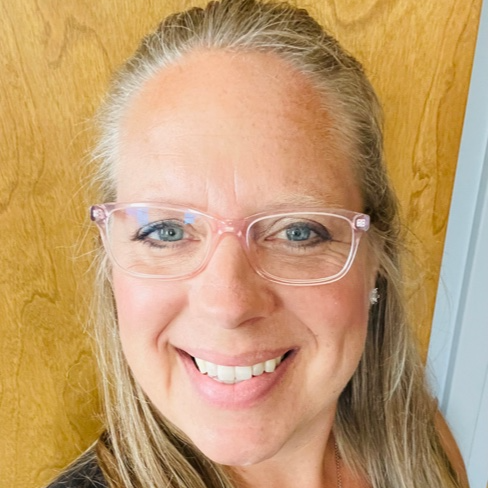 Kellie Burns is the District Executive Officer at the Yavapai Accommodation School District. Prior to becoming DEO, she was the Dean of Students at YASD from July 2014 to February 2016. She was born and raised in Sturgis, South Dakota and earned her Bachelor’s degree in Elementary Education from Black Hills State University in Spearfish, SD in 2000. Shortly after college graduation, she moved with her family to Holbrook, Arizona, where she taught 4th grade for five years. In 2005, she and her family moved to Seligman, Arizona, where she taught a variety of grade levels and subject areas for nine years. She earned her ELL Certification in 2005 and Master’s in Administrative Leadership and Supervision in 2009 from the University of Phoenix. She is currently working on her Doctorate in Educational Leadership with Northern Arizona University. She serves on four professional boards: the Forest Fees Management Association, the Yavapai County Education Foundation, the Arizona Correctional Educators Board and the Arizona Alternative Education Consortium.. She is a proud wife, mother of three and grandmother of three. She currently resides in Paulden with her family and brood of animals on the family hobby farm. 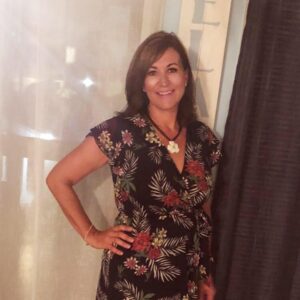 Ginger Flaumenhaft is the Vice Principal at Yavapai Accommodation School District. She earned her Master’s degree in Education at California State University, Los Angeles and was a Seabee in the United States Navy before using her G.I. bill to go to college to become a teacher. She has worked in education for more than 15 years.

In her free time, she enjoys traveling to new places, trying new recipes, and spending time with her family. 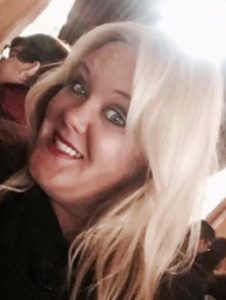 She spends her free time with her husband going on new adventures in their Jeep and she loves bowling. She has two daughters and a grandbaby and she spends time with them often. 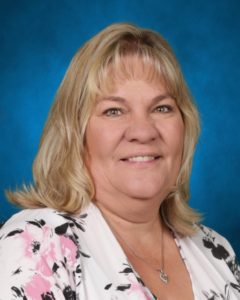 Karen McClellan is the Registrar Specialist at the Yavapai Accommodation School District where she is responsible for state reporting and student information systems district wide. She was born in Crown King, Arizona and has lived in Prescott most of her life. She graduated from Prescott High School and later Southwest Institute of Trichology. She married her high school sweetheart, had three children and eventually moved on to education where she has remained for the last sixteen years. She is a current AASBO member and Arizona Correctional Educators member, earning their prestigious 2017 award of Outstanding Correctional Professional of the Year. She has also served as Vice President of the Arizona Association of Special Education Providers and Arizona Certified Surrogate Parent for disadvantaged students. Karen is adept at communicating with adolescents. She has also served on NCA Steering committees at two different schools. Tim Carter, Yavapai County Superintendent, recently gave her the honorary award “Director of First Impressions” because of her friendly and approachable demeanor. 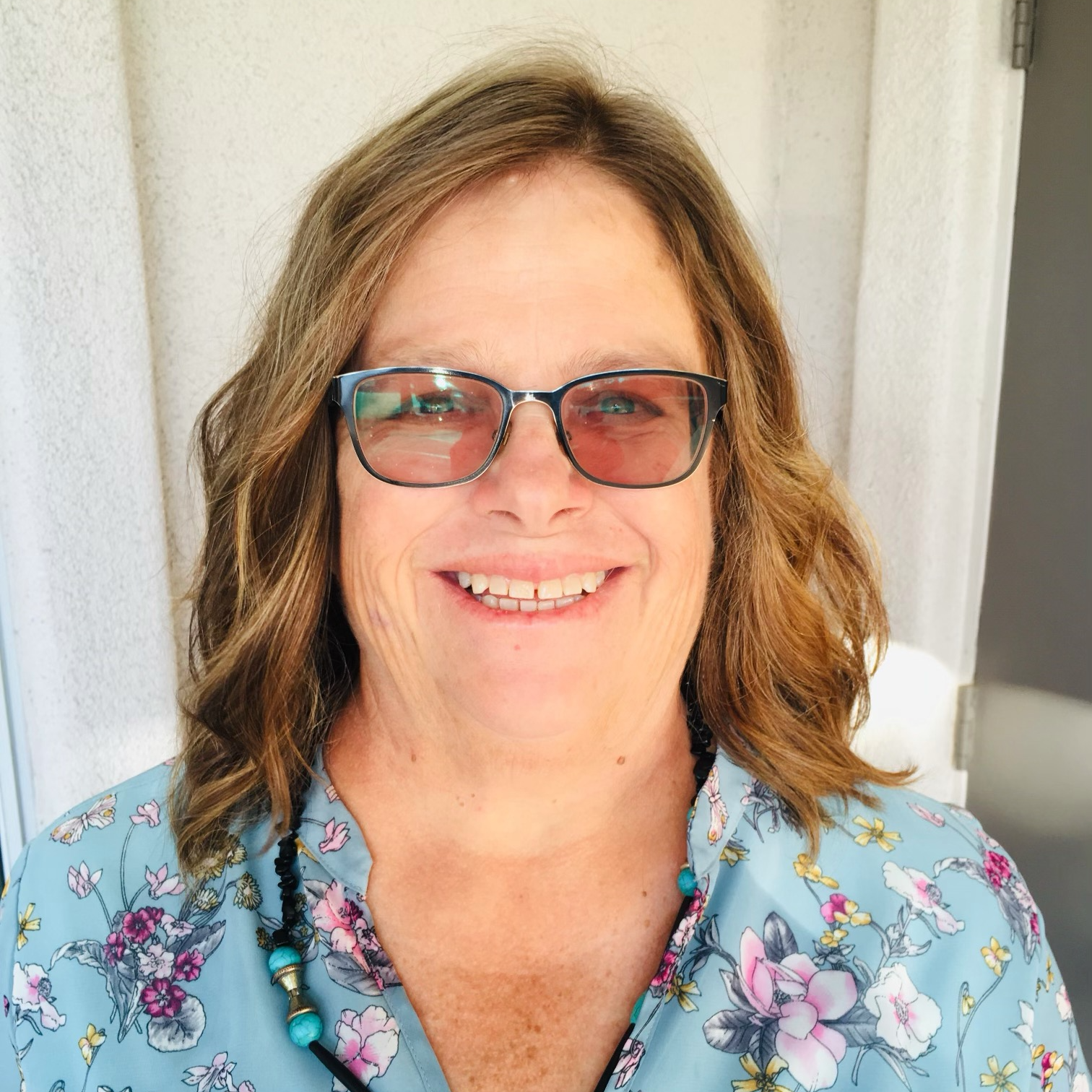 Cherri Redd is the science teacher at Yavapai Accommodation School District. In 2018, Ms. Redd started the first Student Council that our school had ever had. She felt giving the students a voice in their education was important. When she is asked about working at our school, she states, “I love my job here!”.

Cherri graduated from Tarleton State University with a Bachelor’s degree in Agricultural Education in 1986, and received a Master’s degree in Educational Leadership from Grand Canyon University in 2011.

She has taught in Arizona since 2003.  Cherri also taught for three years in Hawaii.  The subjects she has taught range from Agricultural  Education, Biology, Earth Science, Physical Science, and Anatomy and Physiology. She feels that commitment at YASD to her students is her highest priority. She, along with the rest of the staff, believe that all students will succeed in their career choices and she aims to help them achieve those goals.

When Ms. Redd isn’t at school you can often find her out on the local horse trails or arenas with her wonderful horse she calls Bug. Riding has been a lifelong endeavor and she has competed in Western and English styles of riding, where she was in the top 20 youth in American Paint Horse competitions as a youngster. Lately she has tried her hand at Team Sorting, Barrels, and Pole Bending. She agrees with President Ronald Regan, “There's nothing better for the inside of a man than the outside of a horse.” 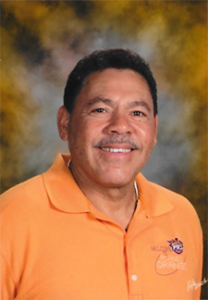 Jose Rosario holds an Advanced Graduate Level Certificate in Special Education (Cross Categorical K-12) from Ottawa University. He has a M.A in Urban Affairs, a B.A. in Sociology/Education and an A.A. in Liberal Arts.

He currently serves as a Special Education Resource Teacher for the Aspire and Yavapai County High Schools. Prior to coming to the District, He was a Special Education Teacher at the Glassford Hill M.S. for approximately 3 years. For the School Year 2018-2019, Jose was nominated for Teacher-of-the Year at the Humboldt Unified School District.

Jose taught at the Pinal County Juvenile Detention Center, where he served in the dual role as Lead Teacher and Special Education Teacher.

Before working in Juvenile Detention, Jose worked in the Pinal County Sheriff’s Office as Special Education Teacher and GED Teacher. While there He taught youth as well as adult inmates. Jose was successful in helping to obtain 53 GEDs within one fiscal year.

Jose living in Florence, Arizona, also worked at the Coolidge Unified School District as a Resource Teacher for their Hohokam Middle School.

Prior to coming to Arizona in 2008, Jose retired from the United States Gov’t Dept. of Interior – National Park Service. During his tenure there he was a – Park Superintendent, Chief Ranger and Director of the Gateway Job Corps Civilian Conservation Center in New York City. 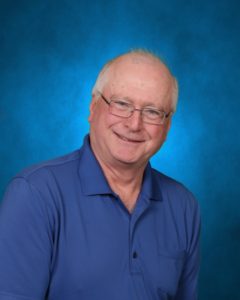 Paul Rogers is the social studies teacher at YASD. He was born and raised in Gilbert, Arizona. He has been married for 46 years and has seven children and sixteen grandchildren. Paul owned and operated a truck until he was about 30 years old, and then moved on to work for an asphalt supply company for seven years. At the age of 37, he decided to go back to school and graduated at the age of 40 with a teaching certificate. At the age of 58, he received his Master’s degree in administration. He lived and taught in Alaska for four years, and still has a home there. Before coming to the Yavapai Accommodation School District, he taught for three years on the Cheyenne River Sioux Indian Reservation in South Dakota. Fun fact: Paul has driven the Alcan Highway four times. 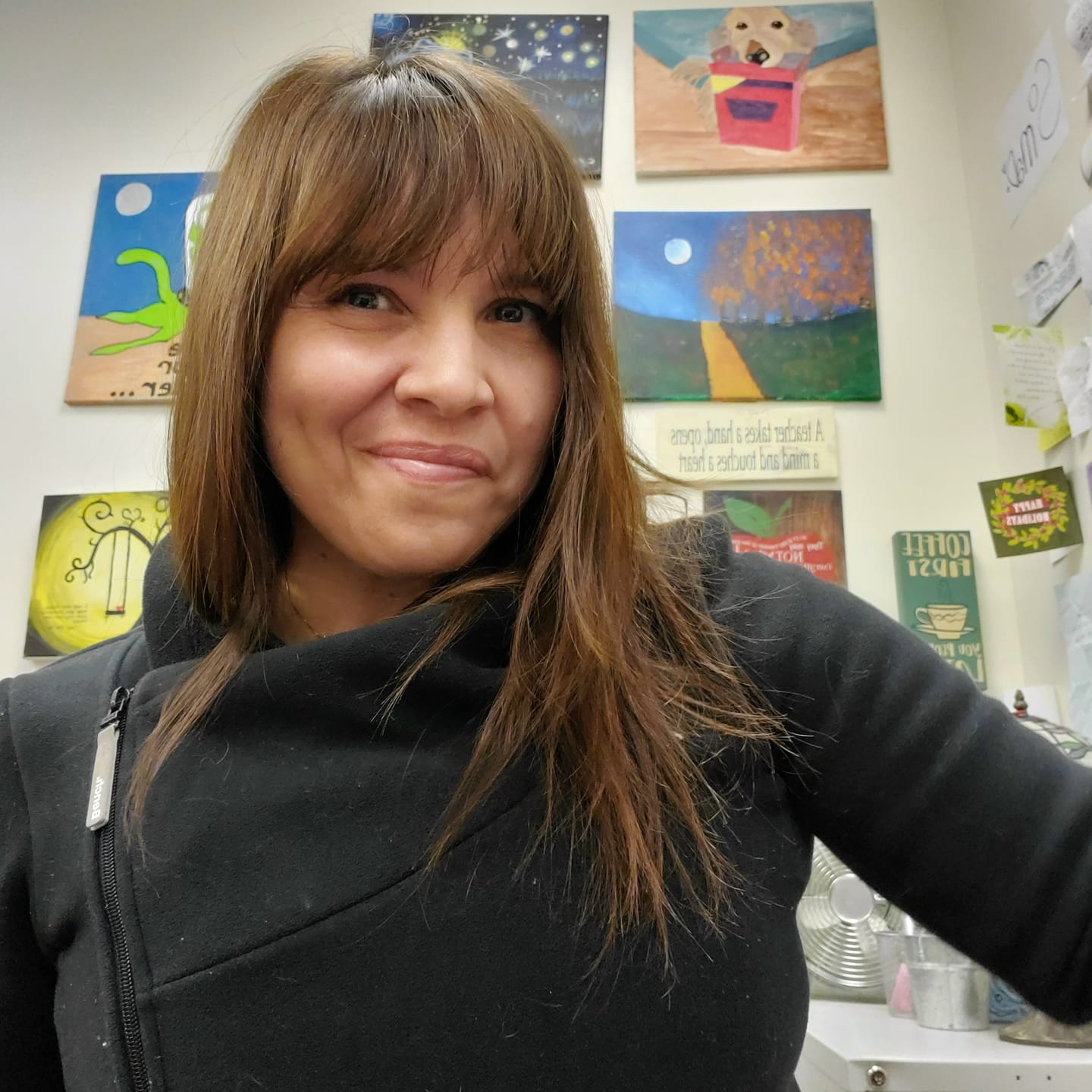 Jessica Marks earned a bachelor's degree in Journalism and worked as an award-winning professional newspaper reporter in California before she went back to school to become a teacher. She also has a master's degree in English Education and another master's degree in Social Work, so she can meet the unique learning needs of all students.

She has taught all over the Prescott Valley area, teaching in charter schools and public schools, middle schools and high schools.  She’s worked in co-taught classrooms, honors and AP classrooms, and everything in between. She’s coached archery, run the yearbook, organized out-of-state and international field trips, all while making sure that students are learning and having fun. She was titled 2017’s Yavapai County Overall Teacher of the Year when she worked at Glassford Hill Middle School where she designed a community service organization, started a peer-tutoring program, ran the student newspaper, and headed the honor society in addition to having her students achieve the top AZ Merit test scores in the school. 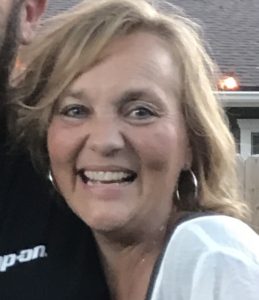 Karen Campbell is so happy to be the math teacher at Yavapai Accommodation School District.  She has been teaching and tutoring math and science for high school and college students for more than 30 years.  Karen graduated from Brigham Young University with a Bachelors of Science in Pre-Medicine and a Minor in Mathematics.   Instead of going to medical school she decided to raise a family and has never regretted that decision.  She has 5 grown children, 3 in-law children, and two grandchildren.

As her family grew Karen started working as a Micro-biologist for Bradshaw/Labcorp. After 7 years, she decided to teach again when they closed the micro department in Prescott.  Karen received her post-bachelors degree in teaching through Rio Salado while teaching for Prescott Unified School district starting in 2012.  In 2016 Karen finished her Masters in Human Anatomy and Physiology Instruction through New York Chiropractic College.  Karen also has special Mathematical Modeling and Formative Assessment training through NAU in conjunction with 9 credits from Ottawa University.

Besides teaching, Karen loves singing, gardening, the scriptures and the stars.   She has been married for 32 wonderful years. Most of which has been spent in Prescott.   “As I leave Prescott High School, I am excited to get to know all of the great students in this district, and work with the outstanding people I have met so far.”

“It is a proven fact that math makes you smarter… so really… It’s the only subject that “counts.”    Let’s get smarter together! 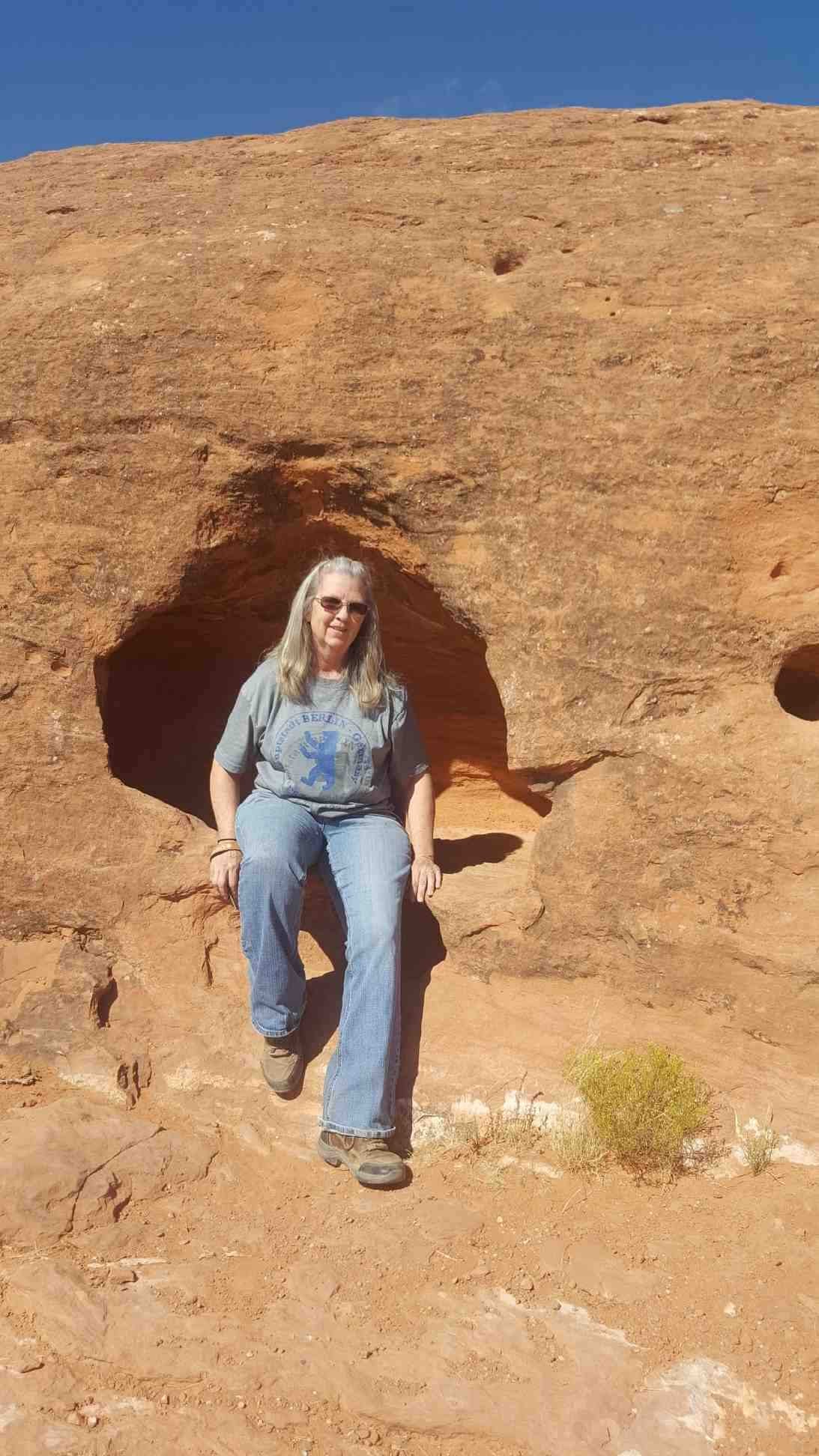 Prior to teaching, she retired from the US Air Force, where she did a variety of jobs including fighter jet maintenance and budget management.  While in the Air Force, Gena was deployed to Saudi Arabia during Operation Desert Storm, where she worked on A-10 aircraft. 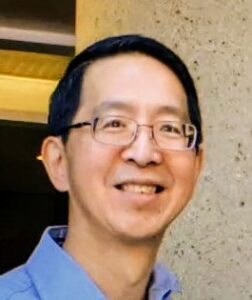 Adam is the Transition teacher at the Yavapai Accommodation School District, and is tasked with filling several other roles in the district. Born and raised in the Finger Lakes region of New York, Adam lived and worked in Japan, Hawaii, Phoenix, and Cottonwood before moving to Prescott in 2008 to be with his wife’s family and to raise his daughter in a cooler climate. Adam graduated from Cornell University in Ithaca, NY with a Bachelor’s Degree in History and Asian Studies. After teaching English in Japan for several years, he returned to the U.S. and earned a Master of Arts in Teaching from the School for International Training in Brattleboro, Vermont. Adam has been a teacher for over 10 years, having taught English, History, Economics and Government at schools in Cottonwood, Prescott and Prescott Valley. He has also served as a volunteer mentor and Program Director with Boys to Men Mentoring in Prescott. In his spare time, Adam loves hiking, reading (especially Science Fiction) and watching movies with this family. He also likes to travel even if that means leaving his 3 cats on their own for a while. 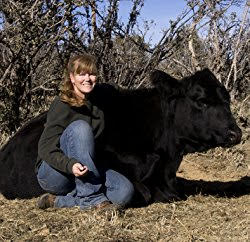 Cheryl Taylor was born and raised in northern Michigan, and received a degree in agricultural communications from Michigan State University. She moved to Arizona to work for Leach Publications as an editor and layout artist. Later she moved to the Prescott area when she was hired by Livestock Communications, a livestock advertising and publishing agency. In 1998 she earned a teaching certificate in special education through Northern Arizona University, eventually earning a masters from that school. She taught at Glassford Hill Middle School in Prescott Valley from 1998 to 2013, and then at Mayer High School from 2013 to 2015, specializing in working with children with emotional and behavioral disabilities. For the past two years she has worked as an instructional aide with the Yavapai Accommodation School District, while also working on her own business in publishing, photography and writing. 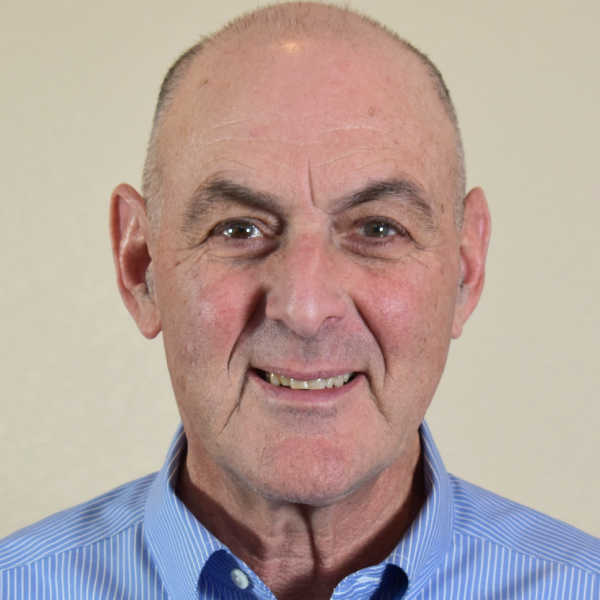 Larry Levenson is a Paraprofessional in the Transition Program at the Yavapai Accommodation School District and has worked with high school teens for ten years. He has a Master's degree in Human Development. Larry sings with the Prescott Chorale and enjoys hiking and exploring the desert Southwest.